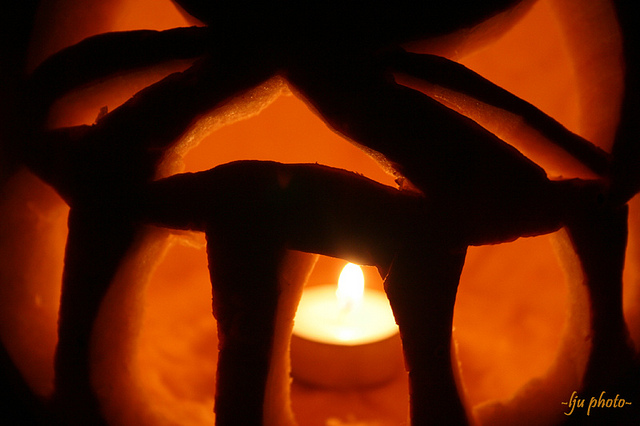 Halloween isn’t just for kids: it’s also a great excuse to dust off some great horror movies or catch them on the TV. The horror genre encompasses some great cinema, whether you are a hardcore horror fan or a more casual viewer. The psychology of horror and our fascination with it has been explored in detail by writers such as Stephen King in his non-fiction book, Danse Macabre (1981), and there is some reason to believe that giving ourselves a good scare (and more profoundly, exploring real-life problems, fears and confronting our own mortality in the extreme but somehow safe context of these fictions) isn’t necessarily a bad thing, with Halloween being the deeply traditional time of year to do it. What’s more many of these movies have their very roots in long cultural and literary traditions, and of course it goes without saying that when done well, beyond the shocks and gore, everybody loves a good yarn. Here are some of our favourites. So send the kids off with some candy, lock your doors and windows, turn out the lights, and dare to peer into the flickering shadows for a while, as we count down our top five…

So ok – is it a movie, or a TV movie, or a mini series ? Who cares! Tobe Hooper’s version of Stephen King’s vampire novel is enjoyable hokum. Children of the 1970s will enjoy David Soul’s portrayal of novelist Ben Mears returning to his childhood home of Jerusalem’s Lot, to write his latest novel and make peace with the past, only to find the sinister Mr Straker (James Mason) and his master uber-vampire Mr Barlow have moved into the spooky old house on the hill. Needless to say it’s only a matter of time before people are dying of blood loss and subsequently rising from the grave, leaving Mears to break out the wooden stakes in the face of ineffectual help from the authorities. Character actor Geoffrey Lewis has a great part as the local grave digger, and an uncredited Reggie Nalder makes a truly grotesque and chilling vampire in the tradition of Max Schreck’s Nosferatu after the somewhat suave vampires of Christopher Lee’s Hammer era.

This yarn of long-dead shipwrecked mariners returning from the sea to wreak vengeance upon the inhabitants of a small California coastal town on the eve of its centenary celebrations, under the cover of darkness and a ghostly, infernal fog, comes from arguably one of the all-time masters of the horror film genre, John Carpenter. Here he reunites some of his cast from 1978s Halloween including Jamie Lee Curtis, Adrienne Barbeau runs a radio station from a lighthouse, and Hal Holbrook plays the angst-ridden priest and conscience of the community who discovers a 100 year old conspiracy. Curtis’ famous actress mother Janet Leigh also makes up the supporting cast. The shocks and accompanying soundtrack are textbook Carpenter in this genuinely eerie ghost story, complete with red-eyed mariners, and the flickering firelight as the old fisherman tells the local kids ghost stories on the beach in the opening scene will put you in just the right mood for what’s to come.

We return to the classic vampire story, and Francis Ford Coppola’s 1992 version is perhaps the most luxurious, not least for the benefit of perhaps the finest actor to ever play the role in the guise of Gary Oldman. Oldman’s Dracula is both grotesque and seductive, evil and empathetic; Coppola explores the tradition right back to the legend of Vlad the Impaler, and Winona Ryder is radiant as Jonathan Harker’s fiancee Mina Murray (embodying Dracula’s long lost love from across the ages Elisabeta). Anthony Hopkins brings more quality in his role as Van Helsing, and though Keanu Reeves will no doubt be (unfairly) criticised in some quarters for his role as Harker, overall this is a great version of the classic story. Pull back the red velvet curtains and enjoy.

Tim Burton’s brand of macabre humour and the classic Washington Irvine story of the headless horseman terrorising the titular hamlet in upstate New York at the turn of the 18th century are a marriage made in heaven. Johnny Depp’s constable Ichabod Crane is an exquisitely amusing creation, Christopher Walken provides a truly fearsome horseman as his nemesis, and the supporting cast including the bewitching Christina Ricci, Michael Gambon and Miranda Richardson to name but a few are excellent. The production is lavish and quirkily macabre as to be expected from a Burton film, but crucially it is as much the humour as the horror that make it a perfect Halloween movie – witness Crane’s unwitting deduction noted down in his journal as he ‘brainstorms’ the mystery: ‘5 to 4 the conspiracy points to Baltus’. Genius!

Returning to Carpenter, this is the original, and still the best. The film that spawned a thousand imitators and arguably the whole genre of teen ‘slasher’ movies that followed it, Halloween is so much more than a slasher movie. Cinematically brilliant (witness the famous opening sequence as the young Michael Myers stalks his promiscuous sister from outside to inside the Myers’ house on Halloween night 1963, filmed in one continuous take on a steadycam, partly through a Halloween mask), the then young Carpenter insisted that much of his modest budget was spent on the best Panavision cameras and lenses he could afford. Backed by new producer and writing partner Debra Hill, and introducing such new talent as Jamie Lee Curtis and P.J Soles, Carpenter also managed to secure some existing acting gravitas in the form of Donald Pleasence as Myers’ frantic, haunted, gun-toting psychiatrist.

It is of course though the lurking, faceless, masked shape of Michael Myers, stalking his victims from the shadows to the strains of Carpenter’s spartan, nerve-jangling electronic score that makes the film. Not quite a supernatural creation, Myers is perhaps the thing we fear most: the anonymous, unreasoning, unfeeling, ‘broken’ individual waiting in the darkness, carving knife in hand, with senseless murder and mayhem inexplicably in mind. The fact that his hunting ground is the cosy streets of modern suburbia and not the gothic landscape of distant times or places makes the tension more unbearable. Even several second-rate sequels can’t diminish the original film’s greatness in our eyes. For all these reasons Halloween is still our number one fright-fest film choice for October 31st. It is, after all, ‘the night that he came home’.